WHO WE ARE – OUR HISTORY

Behind any company there is a story. Any company starts with an idea, sometimes by coincidence, but always with intuition.
In the mid of the 70s, sparkling Rimini attracts millions of tourists from all over Europe and during the summer time the beaches are crowded during day time and the night clubs during night time. Rimini is the capital of amusement.
Serafino Ghinelli, called Luciano, isn’t much involved in this entertainment industry but employed with the city hall, nurturing his passion for mechanical engineering and for travelling. Passions which he has cultivated and matured as a teenager, spending his summer vacations working at local mechanical workshops or abroad in France and Germany. 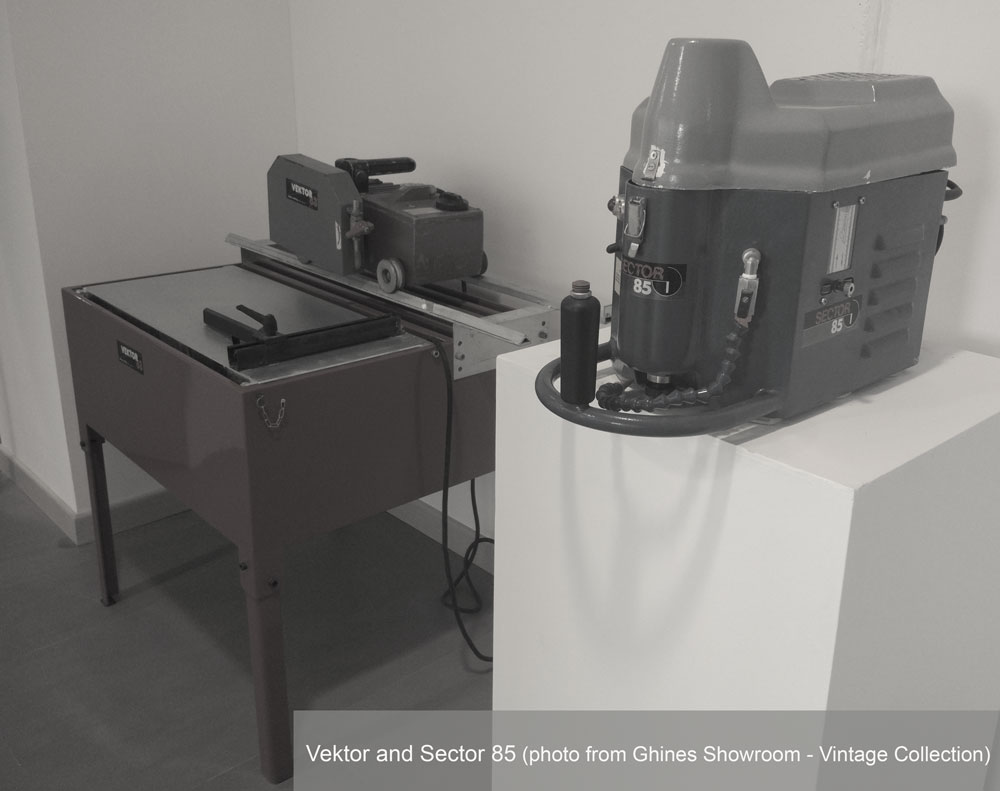 And it is exactly his knowledge of the foreign languages which brings him in contact with a manufacturer of dust extraction benches of the stone business. He starts to visit fabricator shops and gets to know two major producers of stone fabrication equipment when he recognises that this was the road he wanted to pursue. He becomes representative and distributes catalogues to small and large fabricator shops. Until one day when he witnesses a scene at a customer’s site which ignites his intuition: to create a bull nose, that customer used a half-bullnose profile on an arm milling machine, thus he had to turn around the work piece to complete the profile and then had to manually touch up to do the polishing.
Luciano thinks “Why all this fatigue to achieve a result which isn’t even satisfying?” and his mind starts to design and to develop the world’s first stone contouring router. No sooner said than done, he contacts a mechanical workshop with his drawings in hand and begins to produce the first machines.
So far, so good. But the tools? At that time, there were neither diamond tools nor polishing tools which could work at high rpms. So Luciano starts to knock the doors of well-known diamond tools’ manufacturers, only to hear “Crazy!” “Impossible!” Finally, his personal enthusiasm convinces one of these manufacturers which recognises the opportunity and the colloaboration takes off. In the end, the world sees the first diamond tools for manual stone routers. 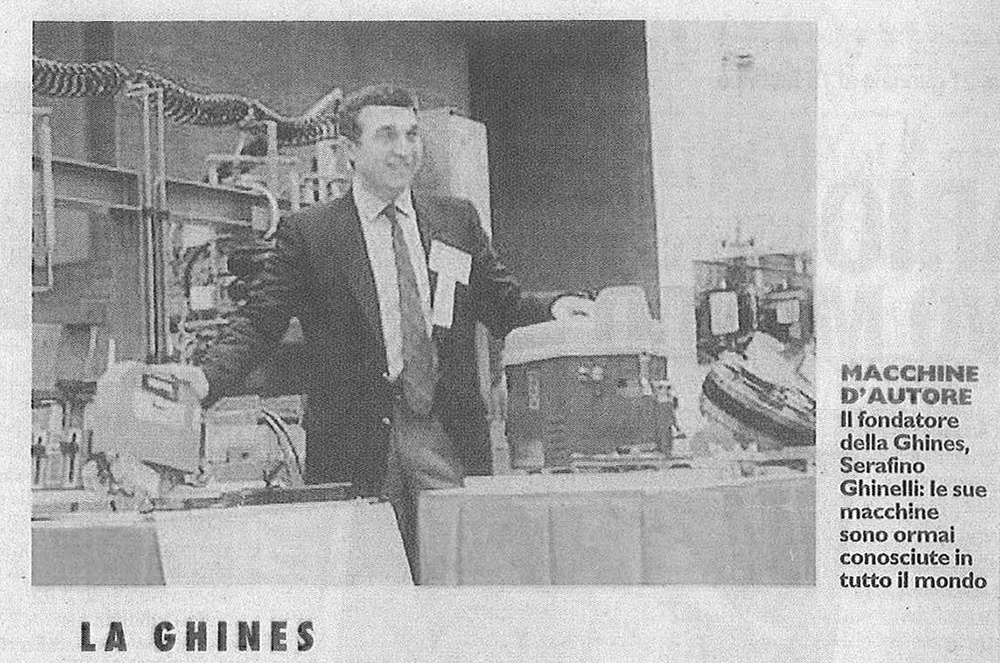 Luciano is now well equipped with a machine and tools and is keen to present his revolution to a wide number of fabricators. 1983 he looks forward to exhibit for the first time at the Marmomacc Fair, the internationally recognised world leading stone fair, already known for 20 years then. He books a small booth where he shows the Sector stone router and the profile tools – needless to say that this event was a big success! Encouraged by the overwhelmingly results, he wants to jump over the Atlantic to conquer the US market. He contacts one of the big North American players, which organizes a demonstration with one of their clients, who watches speechlessly that a complicated OGEE profile is done to perfection in only two minutes by that new portable machine. Rapidly it is wide spread to all American fabricator shops and from that moment on, the Sector becomes synonym for all portable stone routers.

Since then, always with the same spirit, Ghines has kept on searching for innovative solutions to process marble and granite, from the first “human controlled” work centres to the revolution of the cnc polishing tools and to the actual range of products which you may discover on the next pages of our internet site. Now you know from where we come and that we have conquered our small place in the history of stone fabrication equipment.